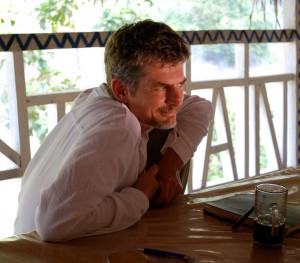 Robert Tindall, M.A. is a writer, classical guitarist, long-time practitioner of Zen Buddhism, and an inveterate traveler, whose work explores the crossing of frontiers into other cultures, time depths, and states of consciousness. He is the author of three books on shamanism and indigenous culture, Sacred Soil: Biochar and the Regeneration of the Earth, The Jaguar that Roams the Mind and The Shamanic Odyssey: Homer, Tolkien, and the Visionary Experience, along with numerous articles on themes such as pilgrimage along the Camino to Santiago, visionary experience in the Ancient world, the medieval quest, the Native American prophetic tradition, and the healing practices of the vegetalista shamans of the Amazon rainforest.

Robert, as a professor of literature, has different teaching gigs around the San Francisco Bay Area. He currently lives in Sonora. 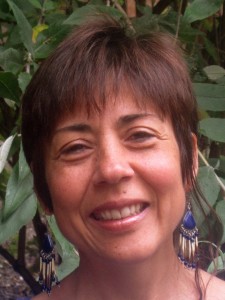 Susana Bustos, Ph.D., holds degrees in Clinical Psychology (1992) and in Music Therapy (2002) from Chilean universities, as well as a doctorate in East-West Psychology from CIIS (2007), where she presently teaches courses in Entheogenic Shamanism and Research Design. She is certified in Holotropic Breathwork and the Expressive Arts.

Her work in Chile included the creation of psycho-educational programs, teaching, research, and psychotherapy. Susana’s long-term passion for indigenous cultures and their relationship to the natural world, along with her interest on the therapeutic potentials of non-ordinary states of consciousness, led her to the Peruvian Amazon in 1999. Since then, she has been studying Vegetalismo and other indigenous shamanic practices from the Americas. Her doctoral research focused on the healing function of the icaros during ayahuasca ceremonies, which is an ongoing area of study for her.

The process of integration of entheogenic experiences in ordinary life became one of her main interests while working as a therapist and clinical trainer at Takiwasi (a Peruvian center for the treatment of drug addiction which integrates indigenous and Western medicine), where she currently works as a clinical supervisor and researcher. Susana continues to focus on this theme in her private practice in Oakland, CA.

Susana offers workshops and lectures internationally, and leads groups into the Amazonian rainforest.