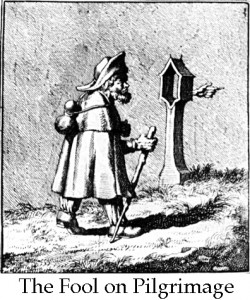 As a writer on ayahuasca shamanism, and a leader of small groups down to the rainforest to encounter the practice of traditional medicine, I have watched the rising of the phenomena labeled “ayahuasca tourism” with apprehension.

The dark spectre of ayahuasca tourism is dealt with in only one chapter of my book, The Jaguar that Roams the Mind, and tangentially at that. I confess when I first began my pilgrimages to the Amazon, the concept of an ayahuasca tourist hadn’t even occurred to me, nor did I know the effect of this sham industry on indigenous culture. As well, as we moved through the world of Amazonian shamanism, we were fortunate indeed to have qualified guides, practitioners who were part of a network of authentic healers and communities who assisted us in making further contacts.

Strangely enough, it was only upon completing The Jaguar that I began to become aware of the issue, primarily through contact with medical anthropologist Marlene Dobkin de Rios, whose work, “A Hallucinogen Tea, Laced with Controversy” is a must read for anyone working with plant medicines. How had I managed to be so blithely unaware of the issue? Well, I wanted to write a book exploring the healing effects of ayahuasca curanderismo, not seek experiences that I could notch onto the handle of my psychonaut gun. Since our time was spent almost entirely in the jungle or among therapeutic communities, the tentacles of the ayahuasca recruiting biz only occasionally brushed us — and our lack of greed for “experiences” invariably allowed us to see through their transparent blandishments. I imagine my naive devotion to the path made me something of a Parsifal, as well.

Yet as I became aware of the issue, I struggled over whether to publish The Jaguar at all. Did I want to open the floodgates of ayahuasca tourism further? I even began to wonder, had I been an unknowing participant in this form of psychedelic narcissism myself?

Let’s take a look at de Rios’ profile of the ayahuasca tourist:

“an individualist in search of authenticity and the exotic, the tourist in in quest of an experience in a foreign land, to elevate themselves spiritually and to be entertained. The individualist does not want anyone to tell him what to do and flees unpleasant aspects of modernity in search for the ‘authentic and real.'”

Sound familiar? I resemble that remark, I thought on first reading it. Yet, what’s wrong with a leavening of discontent? Doesn’t that also describe Paul Gauguin, Robert Louis Stevenson, B. Traven, and numberless other artists and revolutionaries who set out from their suffocating existences to seek larger fields of inspiration and experience?

Yet de Rios indicates there’s a hidden consumerist mentality in the ayahuasca tourist, prone to fall into tourist traps, where they are “exploited by pseudo-events in the hands of new shamans, who provide ersatz experiences geared to stereotyped notions of what an authentic hallucinogenic experience abroad should be. The tourist is easily satisfied by pseudo-authenticity — and seeks this authenticity to gain insight into his/her own life. In fact, the tourist does not care much if the experience is real or fake. He just wants to have fun and escape from the patterns that he follows in his real life. We then have a hyperreal experience, one more real than reality.”

I see this as the cultural issue: divorced from the natural world around them, raised before the altar of the television and computer, how are most travelers to recognize an authentic experience? If they have no extensive experience in other traditional disciplines — ranging from martial arts to meditation practice to herbalism — what criteria do they possess to evaluate from? One sees the baleful impact of tourism on other cultures around the world as well: on our recent journey through Ladakh we found many Buddhist monasteries have converted themselves into tourist traps.

De Rios has compiled a devastating report on the extent of the abuses of ayahuasca, and her argument is for new laws to regulate the use of the plant and effectively end the tourist industry. It’s not hard to feel sympathy for her argument.

Yet I’m concerned that the baby is in danger of being thrown out with the bathwater. While the passage of new regulatory laws may be overdue, laws are not a true solution. The abandonment of the tourist mentality is.

First, we need to recognize that just as the original conquistadors and their priests brought over the viruses and bacteria that wrought an apocalyptic devastation on the indigenous populations, we now bring over an infectious disease called Western consumerism, and it’s transmittable. This is a rather dire diagnosis, yet anyone who’s spent time in the culturally and ecologically degenerated towns and natural systems of South America could hardly disagree — ayahuasca is now being sold in coke bottles on the sidewalks of Iquitos!

Second, rather than exploiting the locals for the products, travelers who work with the medicines in the Amazon need to learn how to recognize authentic healers and begin taking on their role as stewards of the tradition. Much of Amazonian medicine will never arrive in the West, because it is a land-based spiritual tradition. It’s efficacy requires ecological richness, the presence of the jungle itself, and transmission from shaman to apprentice within that setting. Our foremost concern should be to preserve that tradition by forming alliances over the long-run, where Westerners can begin translating this rich tradition into the methodologies of the West, as well as help the authentic curanderos continue their work.

Finally, in reading de Rios’ book, I felt short-shrift given to those Westerners called to work with the plants of the Amazon, who approach the tradition with humility and discipline. Many seek healing in a responsible manner, after Western medicine has failed them. The Jaguar documents the healing of a young woman of a brain tumor in a mere three weeks. Others are seeking self-realization, and many reputable shamans are adapting their methods to accommodate these quests. These travelers are able to distinguish the pseudo-shamans from the real ones, and bring a renewed sense of purpose to the shamans themselves, who are too often abandoned by their own communities.

I think there is an important distinction here between a “pilgrim” and a “tourist” that is often overlooked in this discussion, one I learned on pilgrimage to Santiago de Compostela. In a tiny French village, I encountered a woman who hosted pilgrims, continuing, she said, the tradition of the Knights of Santiago. I asked her, “What is the difference between a tourist and a pilgrim?”

She responded, “The tourist demands, the pilgrim is grateful.” Then she smiled, and added, “But there’s a pilgrim sleeping inside every tourist.”

I would like to think that the gratitude and the self-abnegation of the pilgrim can make all the difference in Westerner’s encounters with other cultures. And I may be naive.