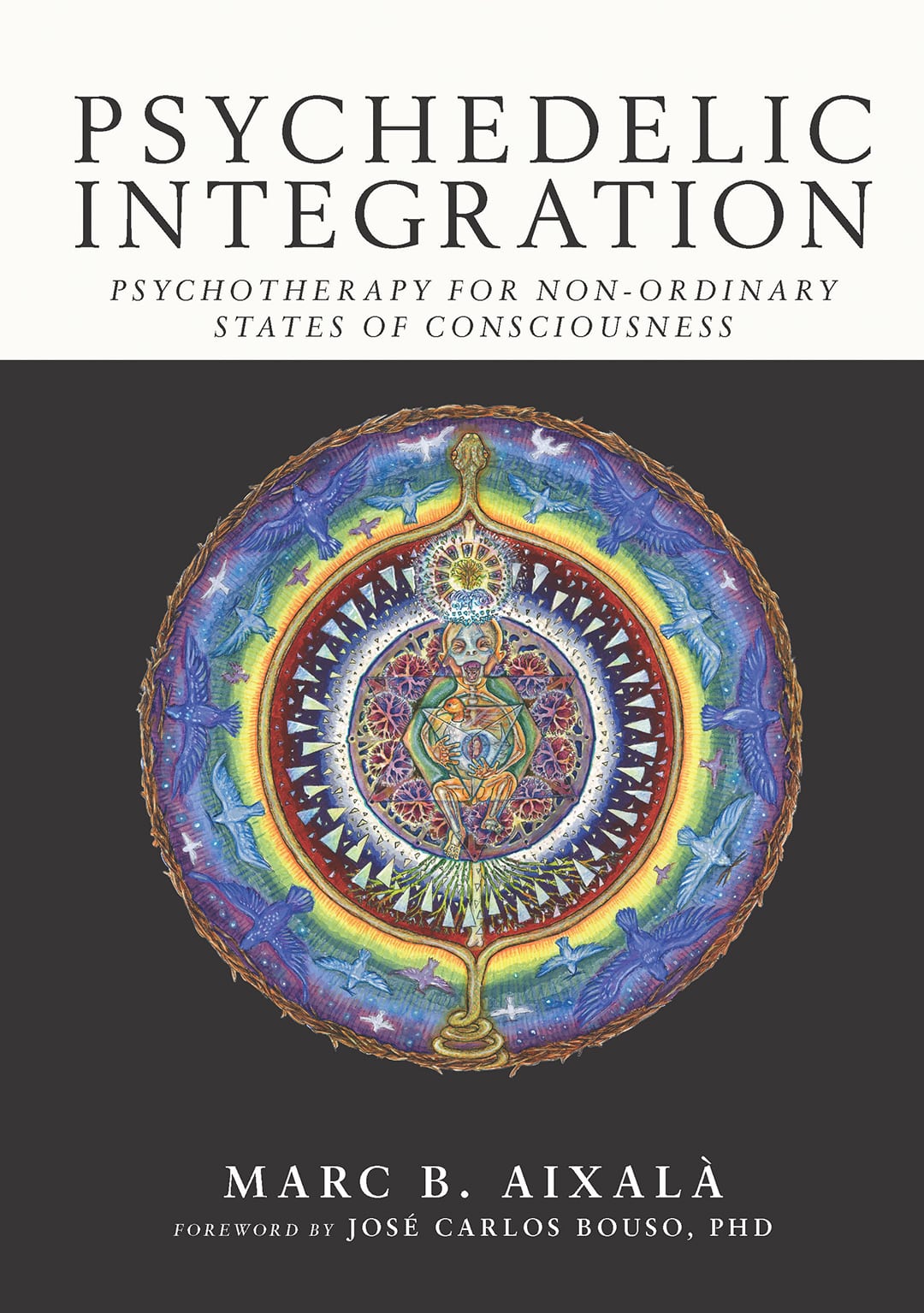 There’s an old Greek tale about a master craftsman named Daedalus who built a labyrinth to contain a monster, a half-man, half-beast who consumed offerings of human flesh. When the beast was slain, suspicion fell upon Daedalus as an accomplice and he was imprisoned in a tower along with his son, Icarus. There Daedalus turned his genius to fashioning wings, which he assembled with feathers, rags, and wax. As he fitted the wings to his son’s arms, he warned him: “Don’t fly too near to the sun, my boy, lest the wings melt and you plummet to your death.”

For Icarus, escaping the labyrinth and sailing into the empyrean was so enrapturing that he became reckless, flying closer and closer to the sun. Finally, the sinews of his wings melted in the searing heat, and he fell into the depths, leaving his father to grieve over his broken body.

Marc B. Aixalà’s Psychedelic Integration might be subtitled, “An Answer to Daedalus,” so sincere and thoroughgoing is its quest for answers to the grieving father holding the shattered ego of his youth in his arms.

How many readers of this review have sat unaccompanied after an ayahuasca retreat or psychedelic experience, Daedalus-like, grieving their fallen self without real hope of resurrection? And how many have, nonetheless, painstakingly (or miraculously) reintegrated their shattered being, and found their wings no longer quite so waxen in the aftermath? Most would, no doubt, say such deep work is not possible alone – and that finding someone skillful in the art of integration straight away could have spared them and others much suffering. END_OF_DOCUMENT_TOKEN_TO_BE_REPLACED