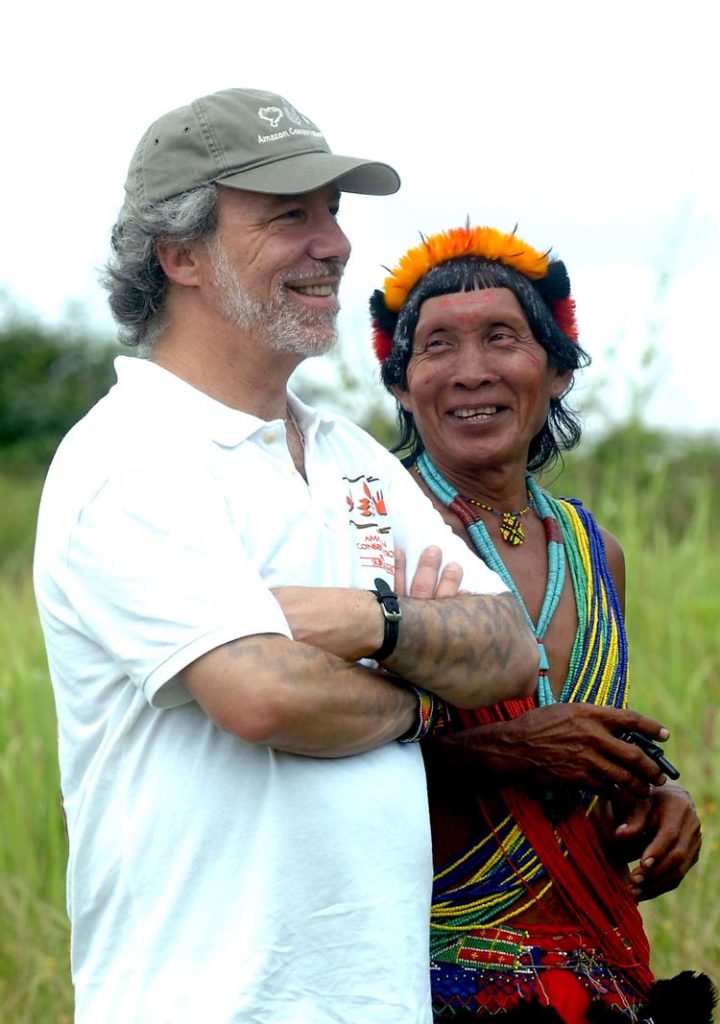 When ethnobotanist Mark Plotkin showed up on the UC Berkeley campus for this interview, he was accompanied by a shaman. And it was no blond guy with dreadlocks from Brooklyn who presided over weekend ayahuasca ceremonies, either.

Don Fernando was a member of the Ingano tribe, a soft-spoken middle-aged man wearing a baseball cap who Plotkin had brought to the United States as part of a campaign to help him protect his people from the violent incursions into their region by timber and oil companies. Unlike most anthropologists, who may work to document dying cultures before they are snuffed out, Plotkin’s organization, the Amazon Conservation Team, or ACT (www.amazonteam.org), has been remarkably effective in doing something to protect the rainforest, its peoples, and its shamans.

Cultural and ecological survival is high-stakes work, however. Before arriving, Plotkin said, “You can photograph me if you want, but no photos of the shaman. If his image got back to Colombia, it could be very dangerous.”

As one of the few remaining swashbuckling ethnobotanists trained by the legendary Amazonian explorer Richard Evans Schultes, Plotkin also has a deep, abiding love of the healing and visionary plants of the rainforest. He is the author of several books: Tales of a Shaman’s Apprentice, Medicine Quest, and his newly released The Amazon: What Everyone Needs to Know.

While he claims that as a scientist the “technology of the spirit” practiced by shamans is beyond his understanding, it is likely that the two men who settled into their seats in the campus coffee shop knew more about shamanism than could be found on the shelves of the nearby UC Berkeley library.

END_OF_DOCUMENT_TOKEN_TO_BE_REPLACED 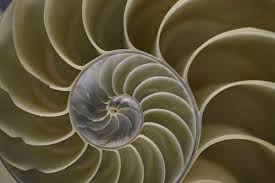 Dr. Mark Plotkin, ethnobotanist, molecular biologist, disciple of the great Richard Evans Schultes, and founder of Amazon Conservation Team, gives an eloquent, deeply informed, and passionate apologia for the rights and incalculable worth of the uncontacted peoples of the Amazon rainforest.

To understand how bio and cultural diversity are intimately entangled as living, vital forces that shape our lives, we must understand the culture of Humanity in all its extraordinary diversity and imperiled circumstances: the “ethnosphere,” as anthropologist and National Geographic Explorer as Wade Davis calls it.

Janine Benyus’ concept of biomimicry has galvanized scientists, architects, designers and engineers into exploring new ways in which nature’s successes can inspire humanity. 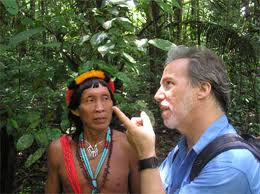 A little known fact is one of the greatest breakthroughs in 20th century medical science came from a preparation used to shoot monkeys down from the tops of trees. Naked “primitives” running around the jungle with blowguns turned out to be master chemists whose curare, a paralyzing muscle relaxant, revolutionized the practice of anaesthesiology, making possible the open heart, organ transplant and hundreds of other surgeries now performed daily in hospitals around the world.

Many experts claim the teeming life of the rainforests continues to promise cures – to AIDS, cancer, diabetes, auto-immune disorders. Yet where are these miracle drugs? Have we exhausted Nature’s cornucopia? Or are we wearing blinders that prevent us from seeing them?

We decided to pose this question to Dr. Mark Plotkin. One of the generation of swashbuckling ethnobotanists trained by the legendary Amazonian explorer Richard Evans Schultes at Harvard, Plotkin is as intimate with the shamans of the jungle and their healing practices as any Westerner now alive – and he claims the cures are there. He’s seen them. END_OF_DOCUMENT_TOKEN_TO_BE_REPLACED