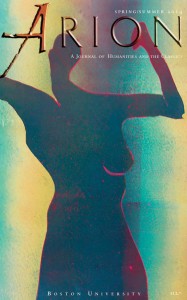 The winding path that led to this essay, just published in Arion: A Journal of Humanities and the Classics, began with the traditional lore of an Ashaninkan shaman working in the Peruvian Amazon. It may be the first significant discussion of Homer’s Odyssey in the light of contemporary knowledge of sacred plant medicines, indigenous ways of knowledge, and shamanic practices to appear in decades.

Towards the end of our year long investigation into the healing practices of the vegetalistas, as the indigenous and mestizo practitioners of rainforest medicine are known, we engaged in a plant dieta under the direction of one of the informants in Susana’s dissertation research, the curandero Juan Flores. One day, Flores tramped back to visit us during our solitary fast, and there the conversation turned to the mythic—and quite real according to him—beings that inhabit the Amazonian waterways. As Flores described the behavior of these sirenas, Robert was struck by the intriguing parallels between their seductive behavior and that of the Sirens described by Homer. Flores had never heard of the Odyssey, yet when given the story of Odysseus’ ordeal in the orbit of their rapturous song, Flores nodded his head and said grimly, “That’s them, alright.”

It was then we began to suspect that the indigenous experience of the natural world, which has a marked universality among native peoples, might have an underlying, shaping influence upon Homer’s narrative.

Along with familiarizing us with the cosmovision of the Amazonian peoples, our fieldwork also introduced us to the practice of shamanic journeying, which among Amazonian peoples, who live in an environment of extraordinary biodiversity, is often conducted in ceremonies utilizing ayahuasca, a psychoactive plant medicine whose name translates from Quechua as “vine of the spirits” or “vine of the dead.”

There we were also struck by certain parallels between Odysseus’ visionary descent into Hades and ethnographies of traditional shamanic practices among indigenous peoples worldwide, especially when supplemented by cognitive archaeologist David Lewis-Williams’ theory of the intensified trajectory of consciousness. These parallels are suggestive of a deeper morphological relationship between Homer’s narrative and the traditions of vision quest among the ancient, indigenous Mediterranean peoples (whose material culture is preserved in the Paleolithic cave sanctuaries), than is generally recognized. By viewing, as our main objective, just one episode in the Odyssey, the hero’s visionary journey in Hades, from an ethnographic perspective, this essay hopes to open up more inquiry into the indigenous, and shamanic, background of the epic poem.

To read the entire article, please enter here: The Intensified Trajectory of Consciousness in Odysseus’ Vision in Hades

Awareness of the remarkable efficacy of psychoactive plant medicines to heal addiction is growing. These presentations by Robert Tindall and Susana Bustos, sponsored by City Lights Books, were inspired in part by the authors’ work at Takiwasi, a center for the treatment of addiction in Tarapoto, Peru which utilizes the traditional medicine of the rainforest, including ayahuasca, with a high degree of success.

These videos interweave two perspectives on the spiritual nature of addiction: An exploration of addiction versus shamanic initiation in the light of ancient Western texts, and a report on research into the shamanic treatments of addiction just conducted at Takiwasi, focusing especially on the lesser known vegetalista practice of the plant diet.

Part One is Robert’s talk on addiction versus initiation in the light of the ancient Greek and Celtic traditions.

Part Two is Susana’s talk on the vegetalista practice of plant dieta and its unique efficacy in the treatment of addiction.

With gratitude to Emerald Tablet, upon whose premises these talks were given on December 19th, 2013; to Vincent Tamer who captured them on video; and to Peter Maravelis at City Lights Books. 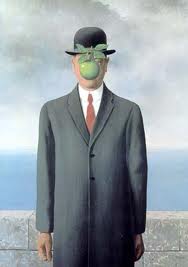 We are honored that John Perkins, founder of the Pachamama Alliance and author of the New York Times Bestseller Confessions of an Economic Hitman, has penned a preface for our forthcoming book, The Shamanic Odyssey: Homer, Tolkien, and the Visionary Experience.

Here is John’s preface, which reveals his own early intuitions that Homer’s Odyssey is far more indigenous — and contemporary in relevance — than is recognized.

My dad taught Latin. I was raised on the classics. Homer’s epic poem, the Odyssey was bedtime reading in our house.

When a Shuar shaman, deep in the Amazon, saved my life not long after I graduated from college, he demanded that I repay him by becoming his apprentice. “It will be a tough journey,” he warned, “but you’ll connect with sacred plants and powerful spirit guides. . . just like Etsaa.” His description of the adventures of this legendary rain forest hero astounded me. Etsaa so resembled Odysseus that I puzzled over how two cultures so far removed in time and space could share such similar myths.

Later, as an economic hit man, I traveled the world, coercing governments to subjugate their people to a new form of empire led by multi-national corporations. During long flights I re-read Homer. I was struck by how little we humans have changed. We had traded sailing ships for airplanes and swords for AK-47s, but we were still hell-bent on exploiting others. I knew that Odysseus would admire the wily tricks-of-trade – the Trojan horses – I and my cohorts employed to conquer other lands.

Sound implausible? All I can say is: “Read on!” Prepare to be amazed by the confluence of Ancient and indigenous ways with ruthless modern capitalism, as realized in the character of Odysseus. You may even find yourself agreeing with Tindall and Bustos that the origin of our current global financial meltdown is far older than contemporary predatory capitalism – it can be found in Odysseus’ dolos, his renowned spirit of trickery and cunning deception.

The Shamanic Odyssey is more than just an exploration of ancient texts, native cultures, and shamanic practices. Like the bards of old, Tindall and Bustos sing the Odyssey for our time; this modern version is a warning for a world threatened with ecological collapse and economic injustice. The prophetic voices of our indigenous relatives – the Shuar, Hopi, Kogi, Quechua, Maya, and so many others – have now penetrated the iron bubble of our exploitative society; they expose the causes of its likely collapse. Their voices remind us of our humble, and probably brief, span on this glorious planet. The message we are advised to hear in the Odyssey is one that calls us to reconciliation with and respect for the remaining indigenous cultures. Even as I write these words, Wirakuta, the ancient site of pilgrimage for the Huichol peoples of Northern Mexico, is threatened by corporate raiders, who seek to enter the sacred ground and strip mine it. The message that echoes through the ages urges us to protect those lands and the cultures that have honored them for millennia.

Tindall and Bustos demonstrate that the Odyssey’s oral tradition summons us to heal the break with our own native self, with the indigenous experience of a vital, meaningful cosmos – the ultimate resolution to rapacious capitalism.

We do not need to live in oblivion, cut off from the voices of our ancestors and wild nature. As a nostos, a homecoming song, the Odyssey can call us back again – to a home we recognize and our offspring will want to inhabit.