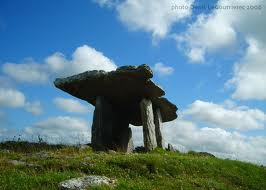 Some years ago in Argentina, a gaucho who loved the works of J.R.R. Tolkien politely inquired of me if there was actually a place like the Shire he could go to visit in England.

I was rendered speechless by the sheer audacity of the question — Tolkien’s work is fantasy, right?

Now I know there is such a place.

About this passage into myth-time the poet Gary Snyder wrote, “There is an almost visible line that a person could walk across: out of history and into the perpetual present, a way of life attuned to the slower and steadier processes of nature. The possibility of passage into that myth-time world had been all but forgotten in Europe [by the Renaissance]. Its rediscovery — the unsettling vision of a natural self — has haunted the Euro-American peoples.”

In short, the passage involves reawakening to our indigenous, native perception of the cosmos. It involves communion with our wild nature and our ancestors who knew that way, from whatever place on Earth we originally sprang from.

Noble Prize winning poet Seamus Heaney, in his poem, “From the Republic of Conscience,” affirms the ancestral way is quite close, within living memory in some pockets of culture, such as he depicts surviving in his native Ireland. He also claims that once the time-depths of the indigenous mind have been rediscovered, there is no turning back again. One is given a task.

From the Republic of Conscience

When I landed in the republic of conscience
it was so noiseless when the engines stopped
I could hear a curlew high above the runway.

At immigration, the clerk was an old man
who produced a wallet from his homespun coat
and showed me photographs of my grandfather

The woman in customs asked me to declare
the words of our traditional cures and charms
to heal dumbness and avert the evil eye.

No porters. No interpreter. No taxi.
you carried your own burden and very soon
your symptoms of creeping privilege disappeared.

Salt is their precious mineral. And seashells
are held to the ear during births and funerals.
The base of all inks and pigments is seawater.

Their sacred symbol is the stylized boat.
The sail is an ear, the mast a sloping pen,
the hull a mouth-shape, the keel an open eye.

At their inauguration, public leaders
must swear to uphold unwritten law and weep
to atone for their presumption to hold office –

and to affirm their faith that all life sprang
from salt in tears which the sky-god wept
after he dreamt his solitude was endless.

I came back from that frugal republic
with my two arms the one length, the customs woman
having insisted my allowance was myself.

The old man rose and gazed into my face
and said that was official recognition
and I was now a dual citizen.

He therefore desired me when I got home
to consider myself a representative
and to speak on their behalf in my own tongue.

Their embassies, he said, were everywhere
but operated independently
and no ambassador would ever be relieved.