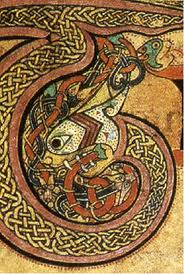 An in-depth account of a pilgrim’s experience in our June 2014 journey to Mayantuyacu. We are grateful to Jack for being willing to share such an intimate account with prospective participants: 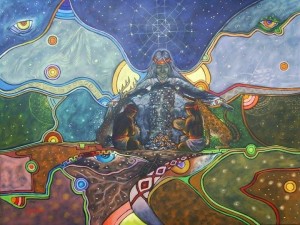 It’s been six months since I returned from the pilgrimage to Mayantuyacu with Robert and Susana. I thought it would be more informative to wait this long before writing about it to describe the permanent changes that I feel are the result of that experience. After returning, I had an almost two month honeymoon period where I felt lighter than air and nothing seemed to bother me. This was followed by a slow descent back to some of my old habits. Fortunately many things are permanently different for me.

The trip to the jungle was my fifth time in South America, the third to Peru and the first time to Mayantuyacu. I’m now 70 years old and have been on “the medicine path” for almost 50 years. I was first introduced to ayahuasca at age 55 and had participated in many ceremonies when I arrived at Mayantuyacu. The jungle was calling me back – La Medicina was calling me back to her home. When a younger friend, a 30 year old cancer survivor, talked about going with Robert and Susana I jumped at the opportunity. We both stayed on after the group left to do a dieta for twelve more days, something I had never done before. All in all we participated in eight ayahuasca ceremonies and a tobacco purge along with plant medicines prescribed by Juan Flores for use during the dieta, our time alone in the jungle.

I spent quite a bit of time and energy formulating my intention before I left for Peru. I wanted to continue to explore fear, especially the low level fear I felt most of the time, a kind of floating anxiety that was so often with me. I’d had many insights concerning fear over the years, in and out of ceremony, but fear seemed always to be there and I wanted it gone. I didn’t know how to make it go away. This is what I wanted to learn from my time at Mayantuyacu.

During my many years of medicine work I’ve had so many intense and life-changing experiences, but I can honestly say that my time at Mayantuyacu felt very special, qualitatively different from what I’d experienced in the past. The place itself was magical and the beauty of that particular natural environment, with its boiling river, intense smells and a cacophony of natural sounds, was overwhelming. Even without medicine and ceremonies, just being in the place was a powerful healing experience.

I’ve practiced vipassana meditation on and off for several decades, but it was in Mayantuyacu that I finally realized for the first time the point of meditation and how to “do” it. Since returning I have not missed a single day of meditation practice. It never feels like a chore as it often did before. I look forward to sitting in meditation as soon as I wake up. This is a huge change in my life which feels like it requires no discipline. I had a vision at Mayantuyacu of a tentacle flailing around in my mind. This tentacle was a fear thought looking for something to wrap itself around, like the tentacles in the movie Alien. If there was nothing immediate to be afraid of, my mind would create something for that tentacle to grab onto. I saw that this is the way my mind is; this is its nature. Trying to get rid of that fear thought, or kill it, or do something to eliminate it was useless. It is part of me. The insight I had about the dilemma of living with this fear felt like it came from La Medicina herself. The purpose of meditation is to create space in my mind so that the tentacles of fear have lots of room to thrash around and therefore are less likely to grab onto something. I can’t remember whether this insight came in a ceremony or not. Drinking ayahuasca every two or three days made the boundary between ceremonies and so-called “normal” consciousness very fluid. And as is often the case with ayahuasca, insight comes with specific and detailed instructions on what to do differently. I learned how not to “do” meditation but rather how to relax and “do” nothing. This sounds trite and it is written in many books, but the medicine teaches by example and not words so that the lessons learned sink into one’s very being.

Insight comes in many ways. It can come in a flash, like lightning, or it can arrive subtly when you are least expecting it. I like drama and have a habit of striving after that flash of insight. In my tambo (small shelter in the jungle used for dieta,) I realized that often the striving for insight and spiritual “progress” can itself hinder that progress. I learned that relaxation rather than striving is a more skillful means to achieve spiritual insight. I good friend told me that relaxation is seventy-five percent of enlightenment. His advice combined with my experiences at Mayantuyacu are curing me of the habit of striving and allowing me to experience the bliss of melting into the divine.

I received so many insights in the jungle that influence my life now. I’ll relate one of them here. During the first day of my dieta, to my horror I discovered a hornet’s nest near the roof of my tambo. Sometime later in a moment of insight I saw these hornets as my fear thoughts, as that part of my mind that constantly generates fear. Here is on I wrote down at the time:

A hornet’s nest of fear thoughts. Too many – cannot wall them off, cannot shield myself. Cannot kill them all. They swarm, ugly and menacing, ready to inflict pain and suffering. I try to fight them. Too many. Too many. I am frightened and defeated. I cannot think of a successful strategy except to make peace somehow – call a truce, stop the war. Let them come – live in peace with them. Cannot eliminate them. They keep coming. Menacing. Dangerous. No peace of mind. Threatening – taking over my world almost completely. Destroying me. I am so tired and weak from dealing with them. I have to give up the fight. Admit defeat. Let them come. All is lost.

The entire month at Mayantuyacu was like that. Insights coming to me inside and outside of ceremony. Just to mention a few, I had insights concerning my thirty seven year marriage, my mentally disabled adult child, my addiction to over-thinking, my overuse of rational thought, and what to do with the rest of my life. Many insights did not come easily. It was a hard month starting with the long plane trips. The heat in the jungle can be oppressive and the mosquitoes can be more than annoying. Purging during ceremonies is often extremely difficult. Looking at the dark places in my mind can be terrifying. I had lots of tiredness and some insomnia, and doubt. Why do all of this? During the most difficult experiences I keep asking myself that question, but I already knew the answer. Changing my life and dealing with unhealthy habits of mind is incredibly challenging. Sometimes drastic measures are required. There is absolutely no doubt in my mind that those measures are worth the chance to really fully be here and to live life with an open heart.

Many years ago I gave up recommending the medicine path to anyone. It is a difficult spiritual path and there are other ways to heal. However, my particular obstacles resulted in the medicine and the jungle choosing me and I was drawn to it like iron to a magnet. I feel so fortunate to have met Susana and Robert, and to discover Mayantuyacu. I’ll end this with another short quote from my journal after my second journey: